I work in architectural design and renovation and I am very interested in historical architecture, cities and the culture of the past.
The other day, I visited the Nara(Heijyo-kyo) Palace Site Museum in Nara City. This museum displays the results of excavations at Nara Palace, the urban ruins of the Nara period in the 8th century. The exhibition was fantastic and I would like to share some of it with you on this blog.

In 710, a city with a population of 100,000 was built in what is now Nara, which became the capital of Japan for the next 74 years. These 74 years are known as the Nara period, and this city is known as Heijyo-kyo City. Later, however, the capital was moved to other parts of Japan, such as Kyoto, and the buildings of Heijyo-kyo City were demolished to make way for rice paddies and fields, and the city’s former existence was forgotten.

Based on local legend, in the 19th century, at the end of the Edo period, an official named Sadamasa Kitaura investigated the site using a surveying wheel of his own design. As a result, for the first time in over a thousand years, a city was found to have existed here. In the following years, various efforts were made to preserve the part of the site known as Nara Palace, where the Imperial Court was located, as a historical site and not as a housing development site. As a consequence, the Nara Palace Site is now designated as a World Heritage Site.

During the Nara period, envoys were often sent to the Tang Dynasty in China, and there was also a lot of exchange with the Korean Peninsula. For this reason, Heijyo-kyo was built on the model of Chang’an in Tang Dynasty China, and the city was mainly 4.3km in size from east to west and 4.8km from north to south.
Within the city were the government offices, the residences of the officials and the common people, many Buddhist temples, the state market and the state brewery. Horses were also kept by the government as “official vehicles”.
It is interesting to note that there was a state-owned sake brewery. Sake brewing may have been a very profitable industry in those days.

The Nara Palace Site Museum has a replica of a government office from the Nara period. In the Nara period, officials were responsible for recording the contributions of goods from all over Japan as taxes. (In those days, tax payments were made by offering goods rather than money.)

The office furniture consisted of a desk, a chair and a cabinet for storing documents. The writing utensils used were a brush, ink stone. About 1000 Chinese characters were used. (For your information, the number of Chinese characters that primary schools students in Japan learn today is 1026. That’s about the same number of characters.)
Paper was used to write the characters, but tree bark was also used. In the museum, there is a display of packing slips made of tree bark. When they were used up, the surface was shaved thinly with a knife and the new surface was used to write the next letter.

The cargo tags of the time, which came from various places in Japan, have been unearthed and contain the name of the place where the shipment was sent and the name of the cargo. (For example, 800g of dried abalone from Ise.) It would be interesting to know where they learned to write. We have also found doodles on the site, just like schoolchildren scribble in their notebooks today. It is possible that some of them learnt to write after being employed as officials.

The dress of the officials seems to have been regulated, and crowns and belts have been excavated.

In the Nara Palace Site Museum, the meals of the aristocracy of the time are reproduced.
Here are some examples of the menu:
soup of duck and Japanese parsley
Salt
Seasoning similar to soy sauce
Rice with lotus seeds
Fresh salmon, radish and seaweed seasoned with vinegar
Salted deer meat
Raw oysters
Dried octopus
Boiled and dried sea cucumber, soaked in water and returned to the sea
Grilled prawns with salt
Cooked bamboo shoots, butterbur and rape blossoms
Baked abalone
Dairy products made from boiled down milk
Pickles soaked in brine and fermented
Pickled aubergine and cucumber in soy sauce
Dried persimmons, grass cakes and boiled azuki beans

These are just a few of the dishes on the menu. It all sounds very tasty!

In addition to this, there is a replica of a nobleman’s dwelling, which appears to have been a wooden floor room with a carpet, a bed and a desk. Instead of a dining table, each person would have a small table in front of him or her, on which the food was served. I found it interesting that the room was not laid out on tatami mats. We usually think of tatami when we think of Japanese buildings, but tatami seems to have been introduced at a later date.

Earthenware plates, chopsticks, tokkuri, spinning tops, dice and toys such as dolls have also been found at the excavation site. Among the plant species excavated were walnuts, yams, gourds, peaches and melons.

In 708, copper was presented from Chichibu in Saitama, which was used to make copper coins, and these coins have also been excavated.

Here is a little description of what the building looked like at the time. The columns were made of huge cypress trees. The roofs of some buildings were finished with tiles and others with cypress bark. The use of roof tiles was based on the architecture of the Tang dynasty in China, whereas the traditional Japanese roofing material of the time was cypress bark. In addition, iron nails were used to fix wooden pillars to other parts of the building, and iron was also used as a carpenter’s tool. 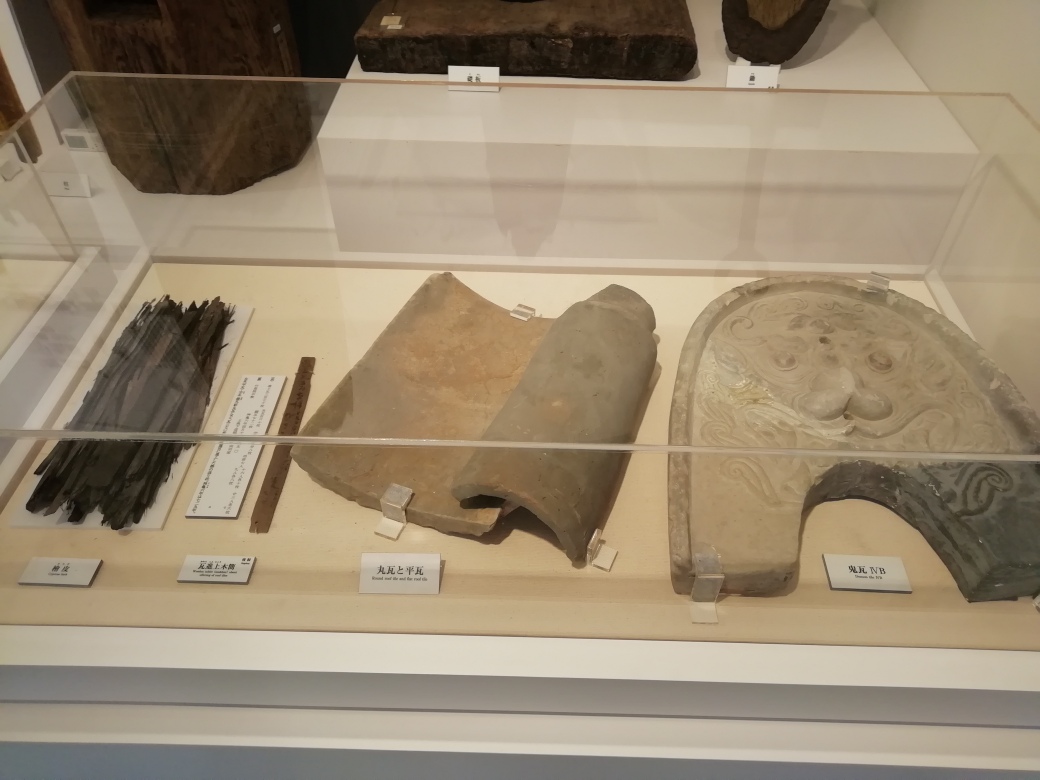 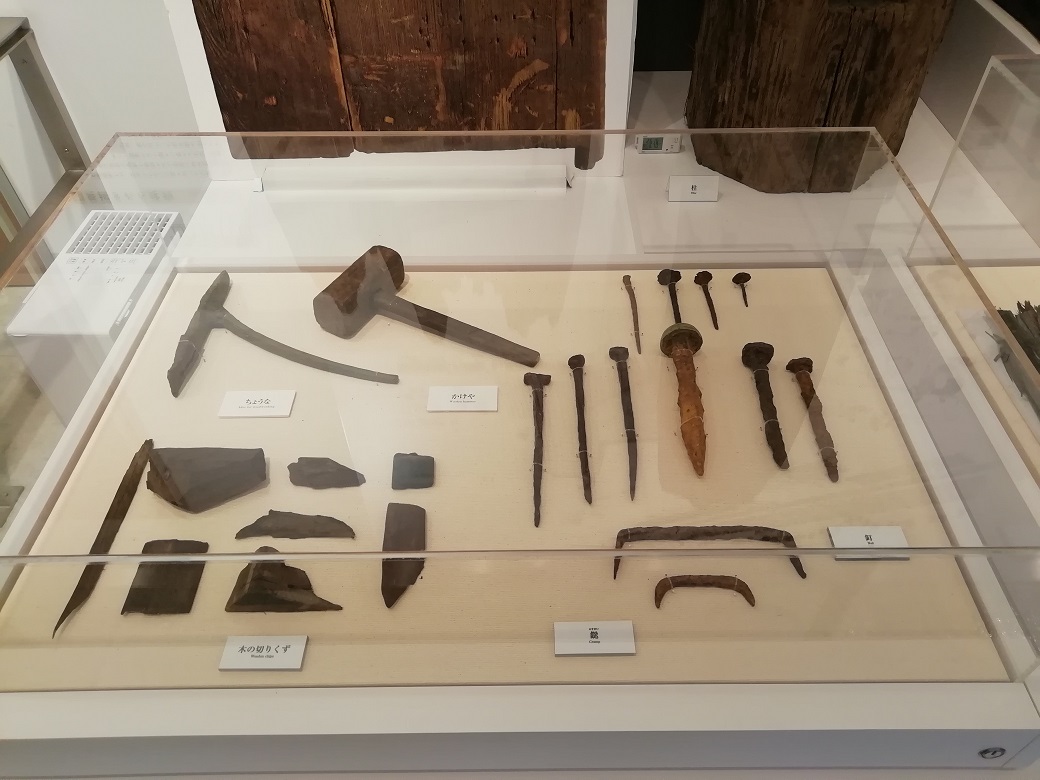 When building, it was common practice to relocate existing buildings. This involved removing the roof tiles one by one and all the timbers, including the columns, and transporting them to the new construction site, where the columns were erected, the beams were put on, the roof was prepared and the tiles were put in place.
This is a very sustainable way of using resources, with very little waste and a minimum of new materials. As a building renovator, I was very surprised to learn that this was a common practice at the time.

At the model exhibition corner of the Nara Palace Site Museum, I was completely fascinated. There are several models of the lecture hall of Toshodaiji Temple in different periods. This building was moved to its present location between 760 and 763, from the palace (government office) building at Nara Palace, to be used as a temple founded by Buddist Monk Ganjin, who came to Japan from Tang in 753. This is the only surviving palace building from the Nara period.

The exhibition shows how this building changed its shape. Firstly, when it was used as a government office, it seems that there were not many walls.

Secondly, when it was moved and converted into a temple for Ganjin, the building was equipped with fittings and the roof was changed from a gable to a hip-and-gable style. 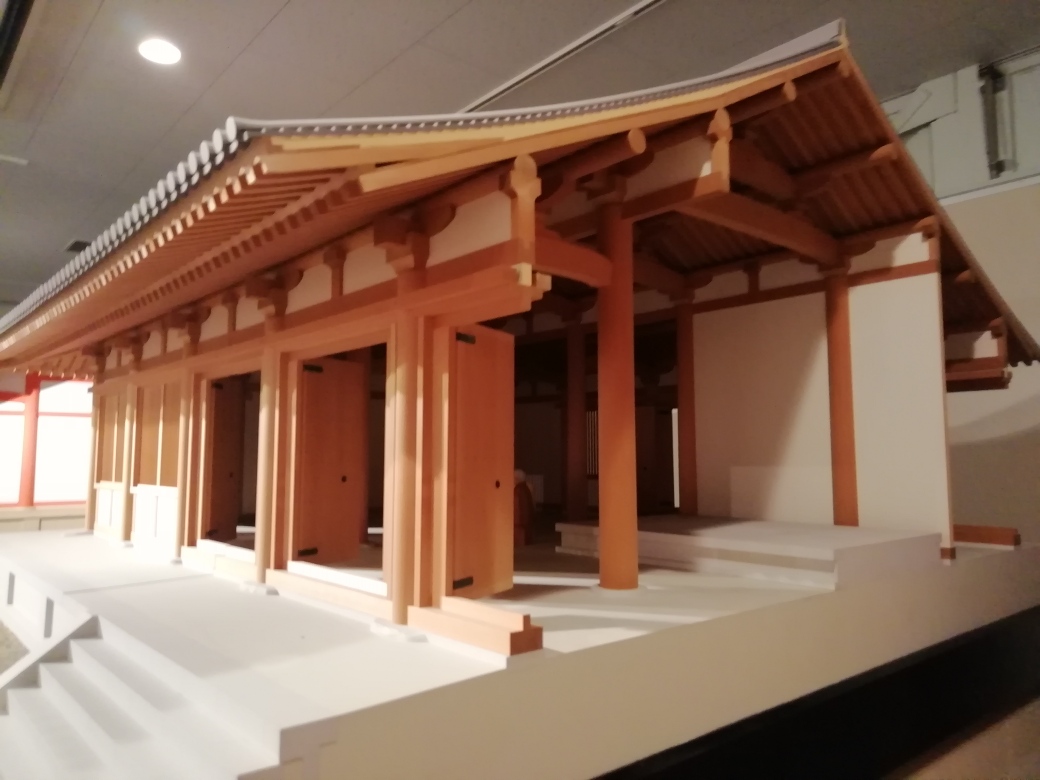 Next, in 1275, during the Kamakura period, the temple underwent a major renovation in which the slope of the roof was changed from a gentle to a steep slope, in accordance with the fashion of the time. However, the original columns and beams were still used. The present state of the building is very close to that of the Kamakura period. 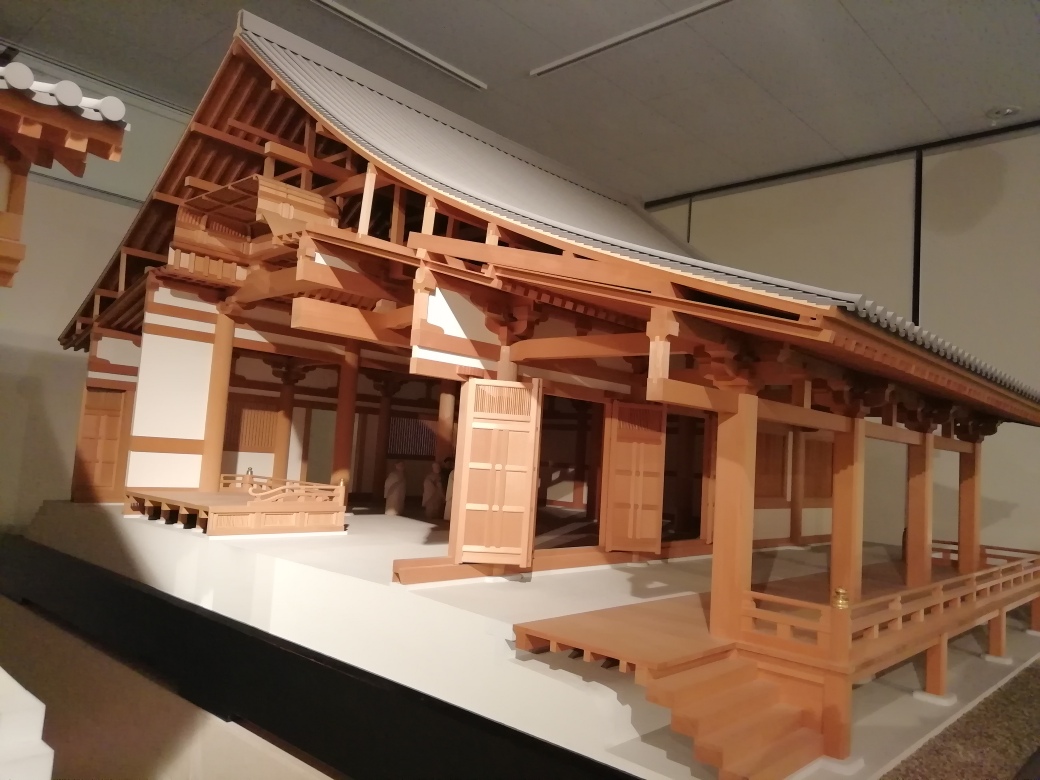 The present-day lecture hall of Toshodaiji Temple is shown in the photo below. The public are welcome to visit the interior, and it is recommended that you visit here too. 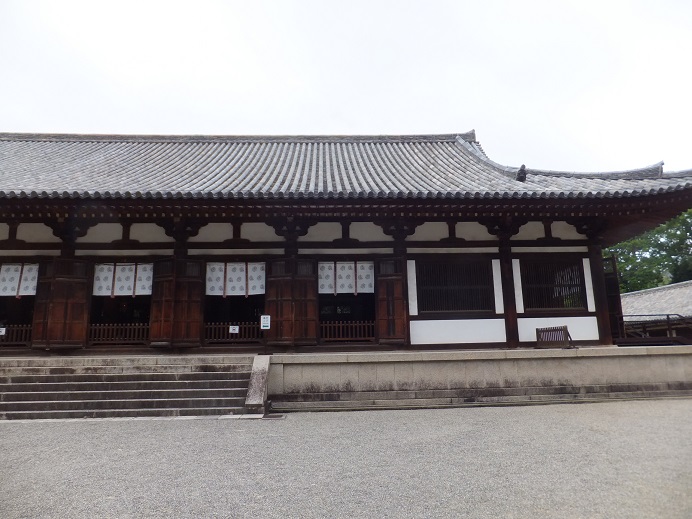 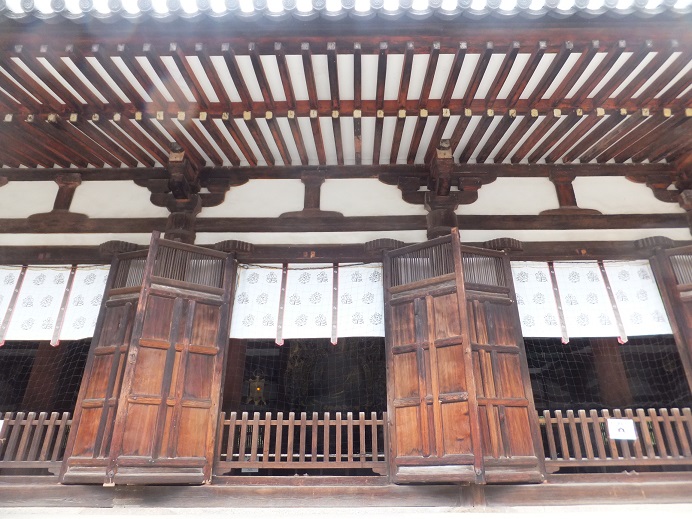 What impressed me when I saw the exhibition about the changes in the lecture hall of Toshodaiji Temple was that the people who worked in Heijo-kyo and those who succeeded them did not waste the materials of the building, but took good care of it and kept it in use for 1300 years. It made me realise that we, as modern people who use building materials in a disposable way, need to learn from them.

If you are in Japan and have not yet visited the exhibition at the Nara Palace Site Museum, I recommend that you do so. 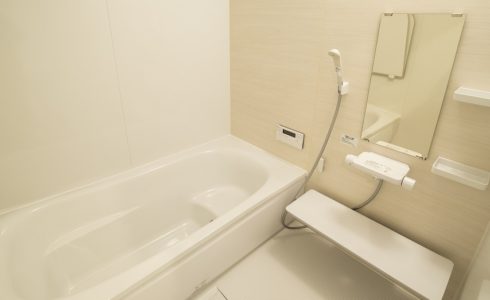 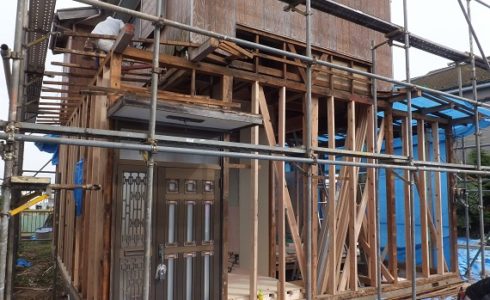 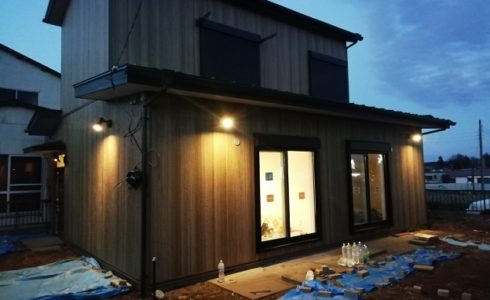 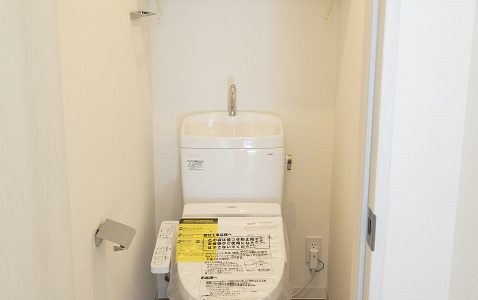 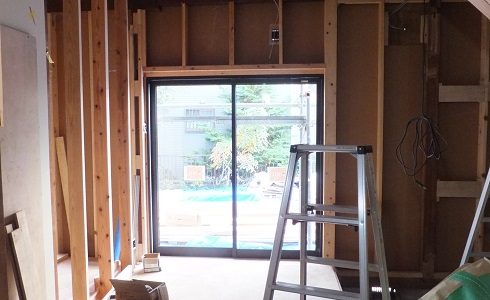 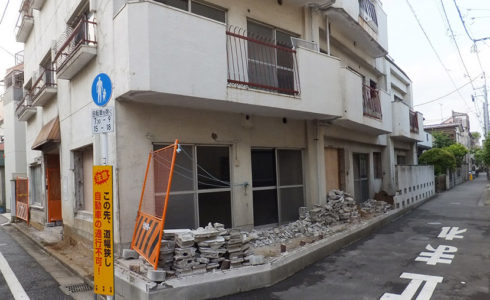