Today I would like to share with you some of the exciting activities in Japan. In Japan, 75% of the country is mountainous and hiking is a popular activity. One of the most exciting activities is rock-climbing, which requires a lot of skill, but is a very popular variation of mountain walking. I joined a rock-climbing training camp in May a few years ago. Let me share with you a bit of what it was like.

The place we visited is called Momiso Iwa Rock, located in the Tanzawa mountain range in Kanagawa prefecture. Once we had left our bags at the camp site and arrived in front of the rock, we first learned how to tie a rope. After the training on how to tie the rope, the leader attached the rope to the tree at the top of the rock.

When I climb a rock, my hands and arms are not enough to support my weight, so I have to find a place to put my feet. Three of the hands and feet are fixed and the other one is moved, step by step. The curious thing here is that if I am scared or in a hurry, I can’t tell where to grab, where to put my feet or which direction to climb, and I start to panic. In reality, there is no need to rush, there is no need to worry about falling, so when I calm down and observe the rocks I can see from my position, I get the idea that this direction looks easier to climb, that this protrusion will be useful, and that I should give it a try. 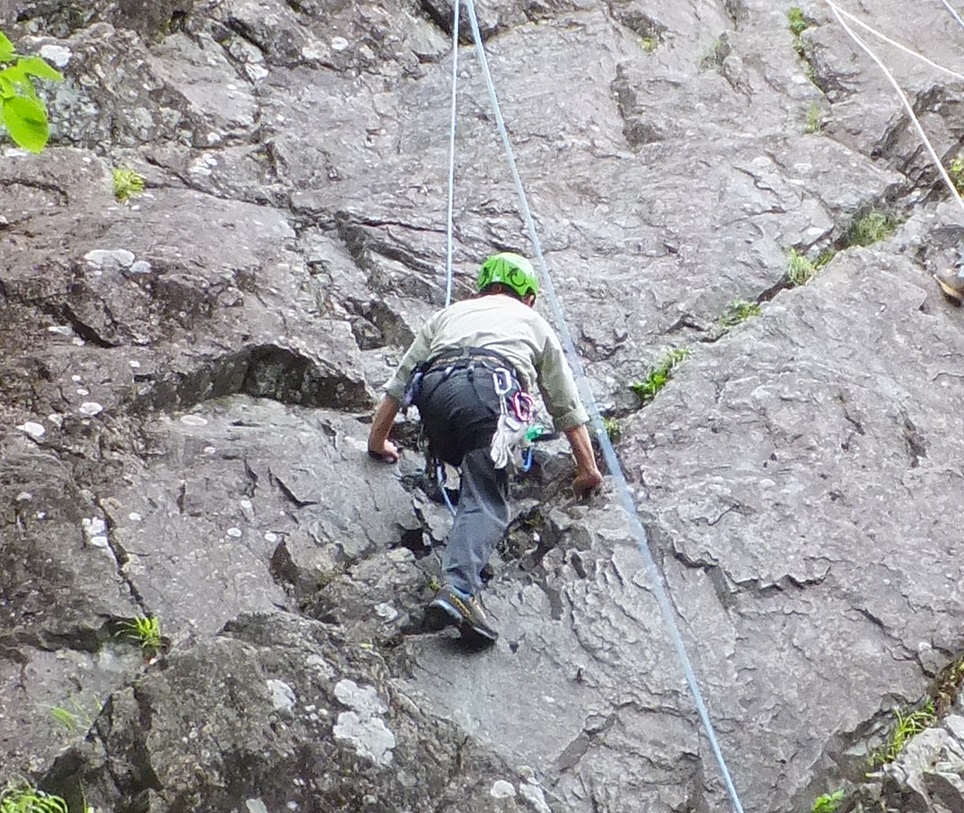 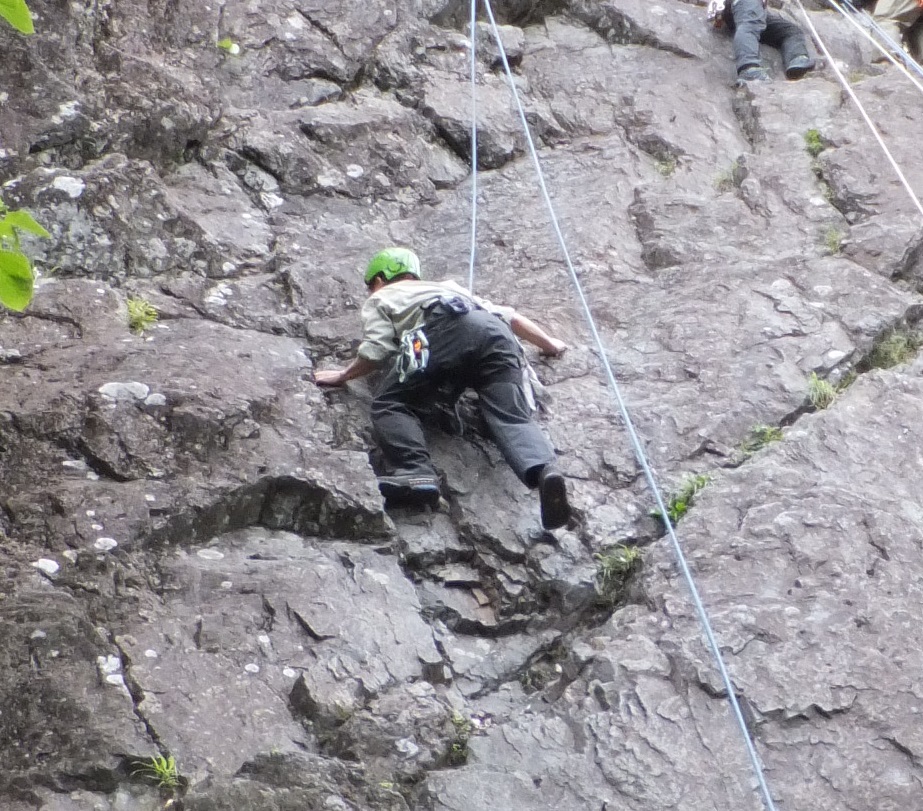 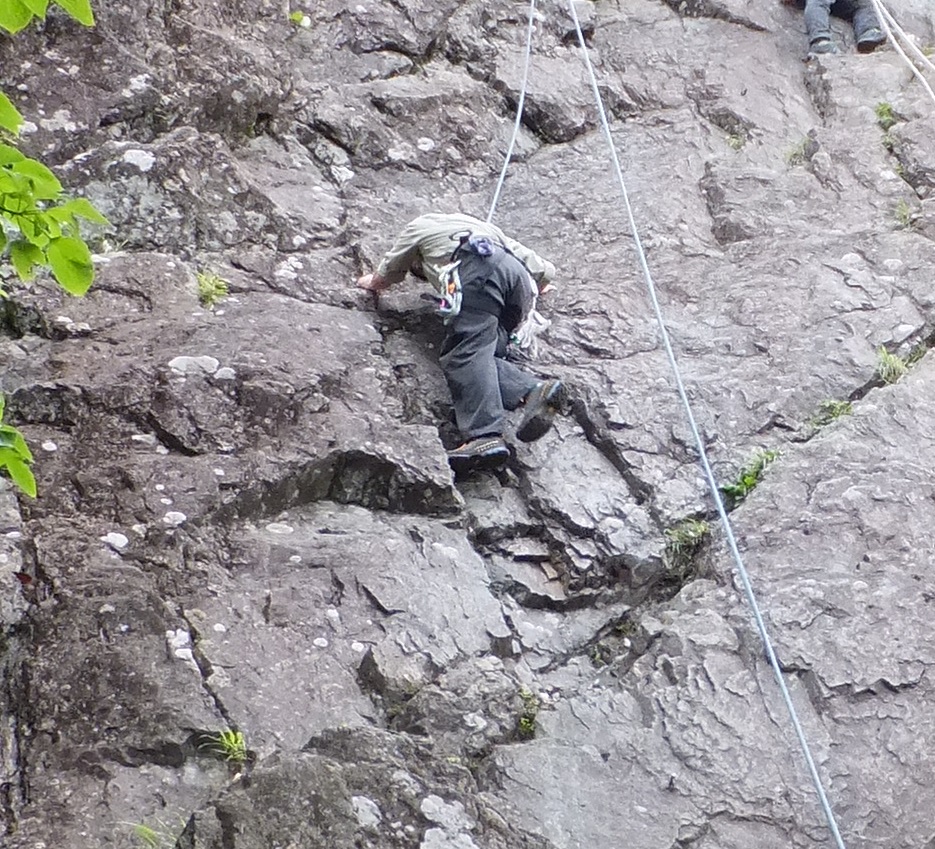 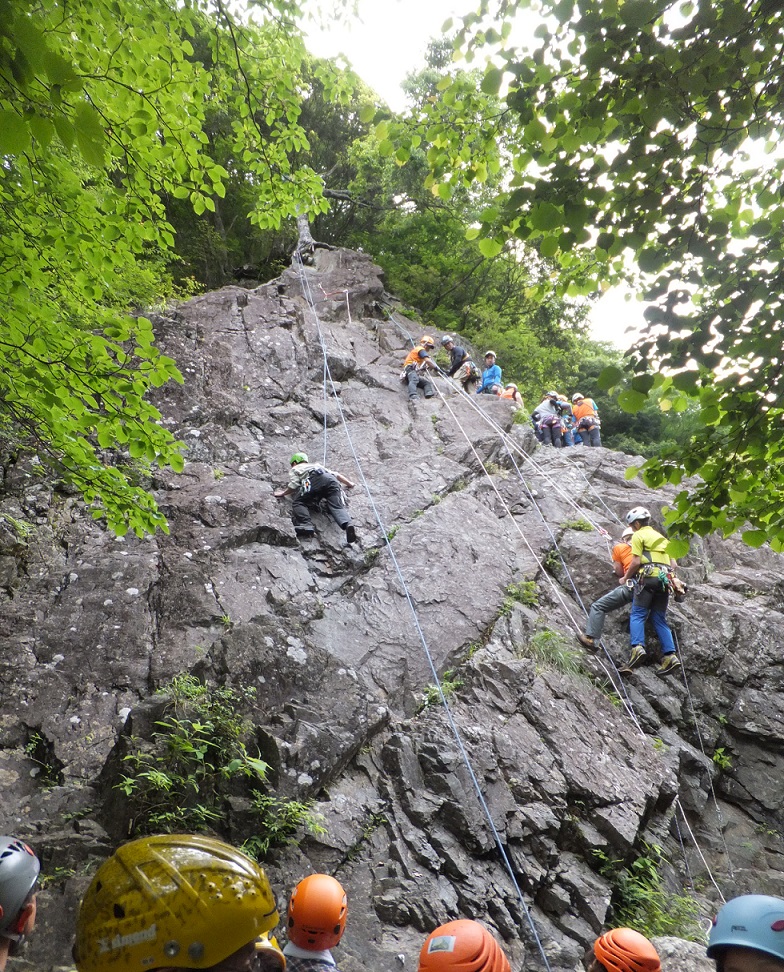 The group on the right was training to descend the rock with a person on their back who simulates an injured person. 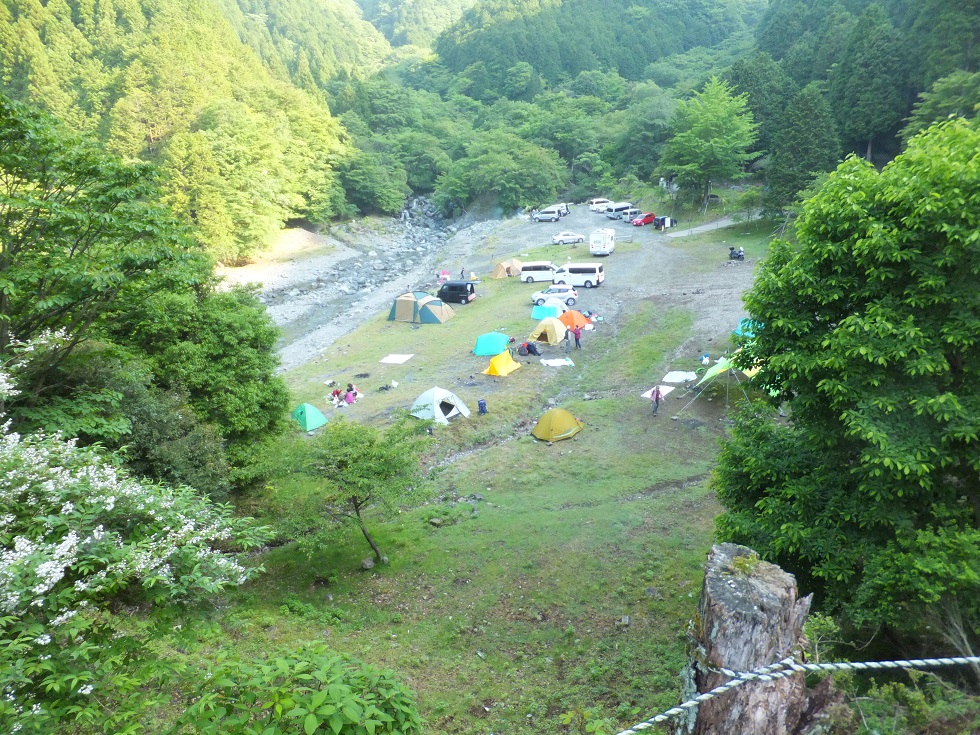 This picture shows the campsite where we stayed. It is surrounded by beautiful new greenery, but at the same time it is under siege by a large number of leeches.

For dinner we made hand-rolled sushi and ramen noodles with the ingredients we had brought. 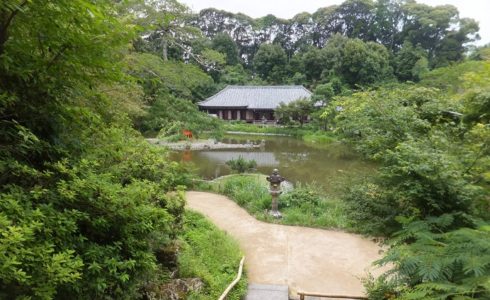 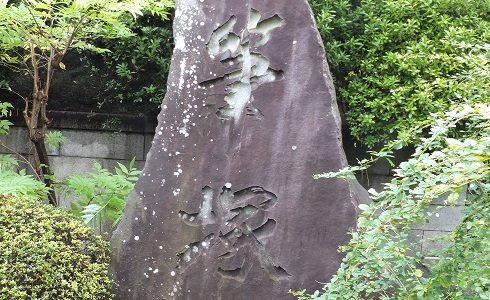 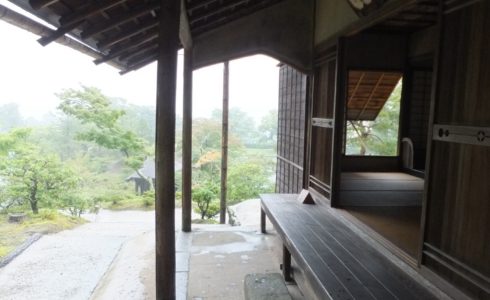 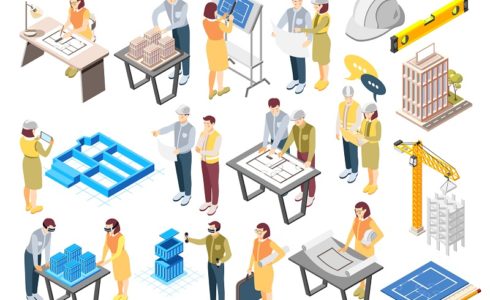 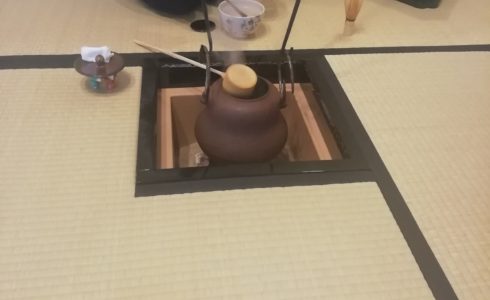 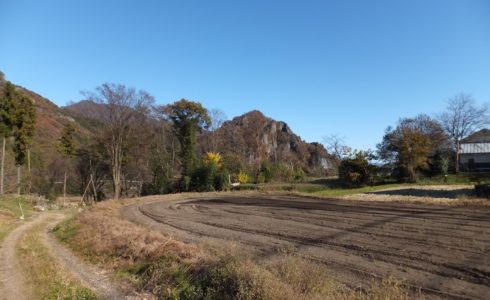