This is a case report of a total renovation of a wooden house. We were responsible for the design and renovation of the house under contract to the client (owner).

1. Listening to the customer’s requirements for the house

The project started when the client asked us for help on a wooden house in the suburbs of Tokyo, built in 1975. The house had been unoccupied for about 10 years. The owner of the house wanted to repair the damaged parts of the house and make it habitable again.

In Japan, many owners of single-family homes over 30 years old are considering rebuilding their buildings. (The Ministry of Land, Infrastructure, Transport and Tourism estimates that it takes about 30 years from the time a house is built in Japan until it is destroyed. ）

Although we specialise in extending the lifespan of houses by renovating them, we thought it necessary to compare this with a rebuilding plan. So we researched the site on which this building stood and made contact with the local government. In the end, the decision was taken to renovate the house.

2. Inspecting the condition of the house 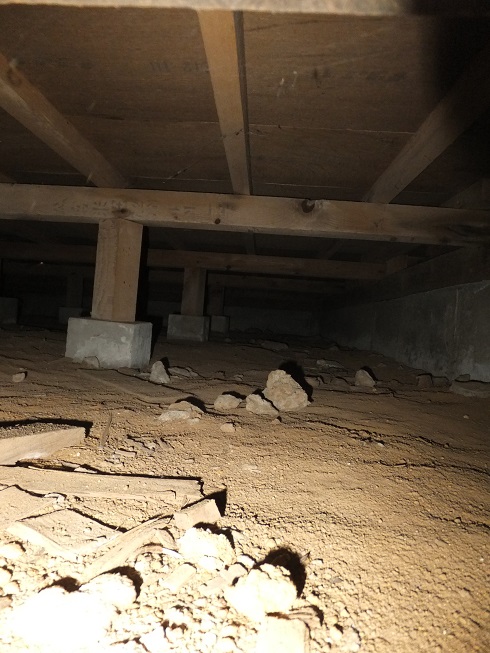 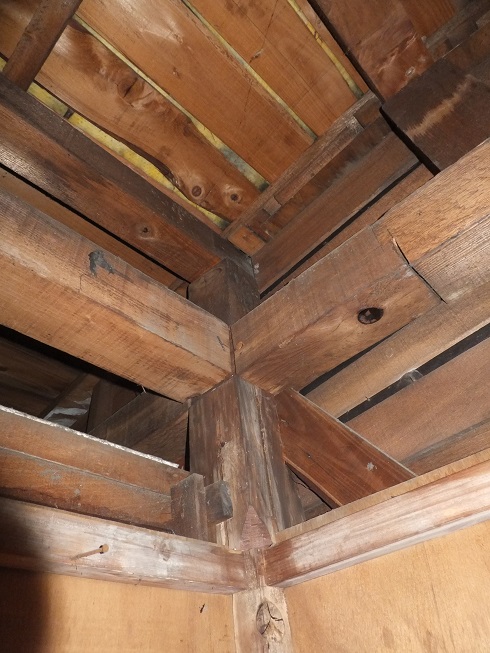 For the drainage system, as the area is not served by a sewerage system, it was necessary to investigate the possibility of using the existing cleansing system, which converts the dirt in the water into useful micro-organisms. We were lucky enough to find a company that had previously carried out the statutory inspection and maintenance of the cleansing system at this site. With the help of this company, we tested the drainage of all the facilities and found that there were no problems with the drainage of the toilet and kitchen systems, and that the outdoor facilities could be used. On the other hand, we could not drain the bathtub. (We later found out that the drain pipe had been damaged and was full of soil, preventing it from flowing.） 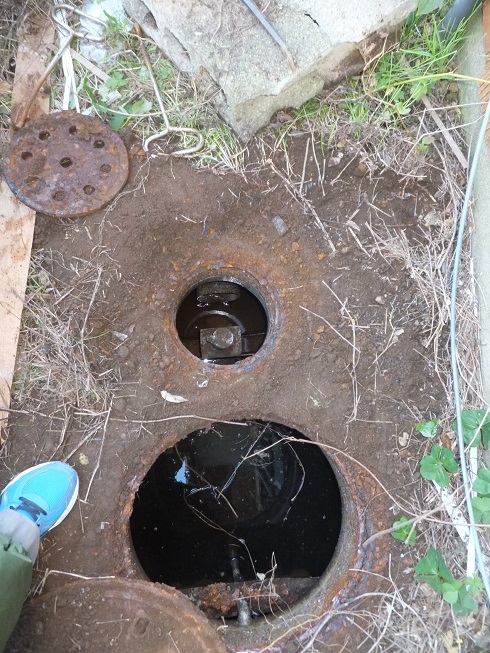 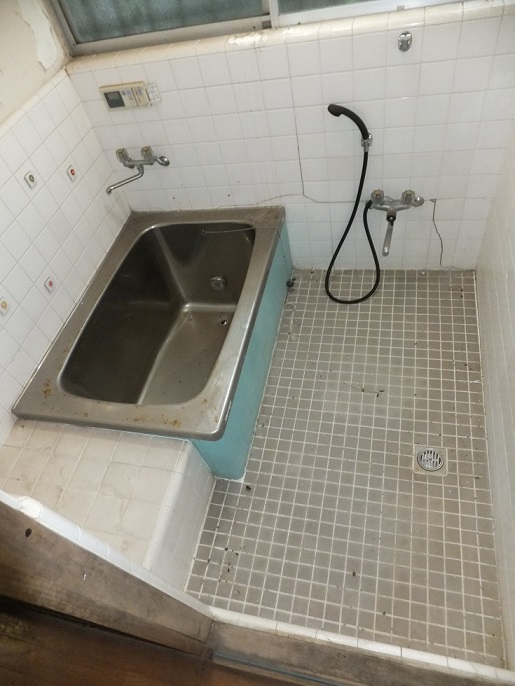 The external water pipes had been replaced at some point, but the internal pipes were expected to be steel pipes, given the age of the building, and were considered to be beyond their useful life. So we recommended that the entire range of water pipes from the meter to the dwelling should be replaced.

As for the gas pipes, we found that we had to replace the whole range as they would interfere with the work to replace the outer wall, which is described below.

The external walls were made of wood and were so badly damaged, peeling and broken in places, that we concluded that the whole area should be replaced. 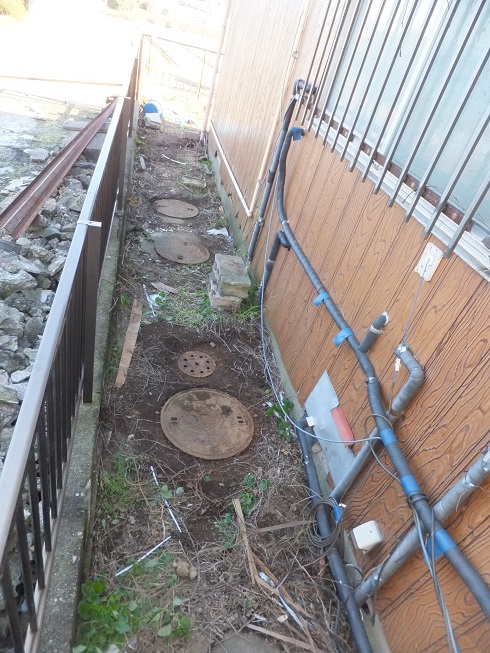 The ground floor had a metal roof, but it was damaged and leaking, so we decided to replace the whole roof. Also, as we found out later when we put up the scaffolding, the tiled roof on the first floor was floating and could have fallen off in a big earthquake. 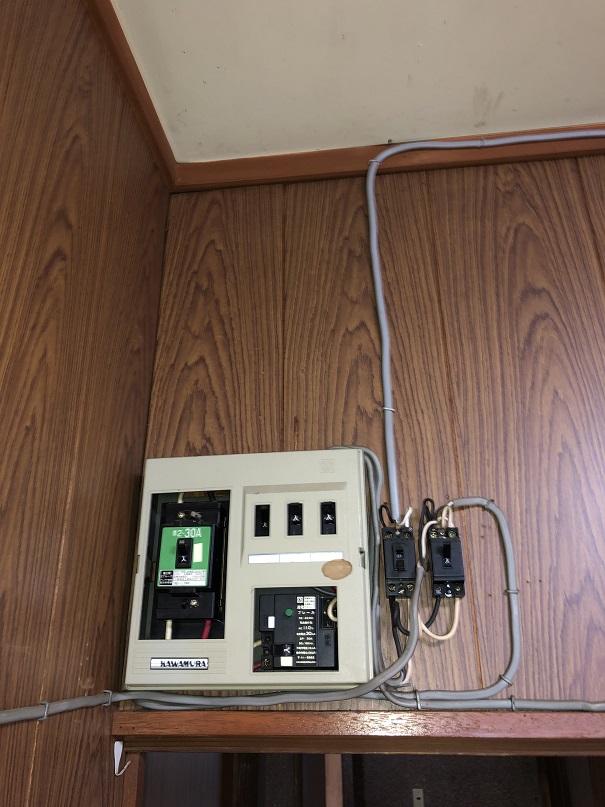 As for the interior of the house, we found several problems with the underfloor: the hallway facing the entrance to the bathroom had a significant squeaking floor, and the Japanese room on the ground floor had a sink in the middle. 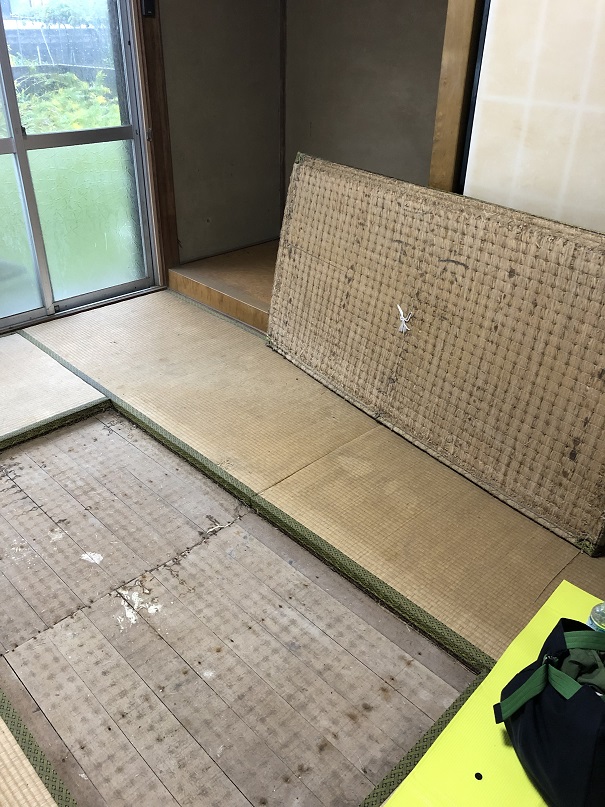 3. drawing up plans for the renovation work

Based on the client’s request and the results of the survey, the following points were considered in the planning of the renovation work.

(1) To improve the seismic resistance of the building, so that in the event of a major earthquake, the building will not collapse, or will prolong the time before it collapses, so as to enable the residents to escape in time of emergency.

(2) If, after the start of renovation work, damage is found in the structure of the building, the necessary parts should be replaced.

(4) New water and gas pipes should be installed in all areas of the dwelling, starting from the meter, to extend the life of the building by at least 40 years.

(5) New roof and wall finishes to protect the structure, interior and residents from rain and typhoons and to extend the life of the building by at least 40 years.

(7) With regard to the interior of the house, the layout of the kitchen, bathroom and toilet will remain unchanged, but the bathroom changing area will be made less visible from the entrance to improve usability.

(8) The stairs are so steep that it is dangerous to descend them in a forward direction, so they should be rebuilt with a slower gradient.

(9) The house is currently not insulated, but in order to reduce the environmental impact, reduce energy costs and ensure the safety of the residents, insulation will be installed. (After consideration of the budget allocation, the main part of the ground floor, not the whole house, will be insulated.)

Following these guidelines, drawings, specifications and estimates were drawn up, and after budget adjustments, the client gave approval for the proposed renovation plan. 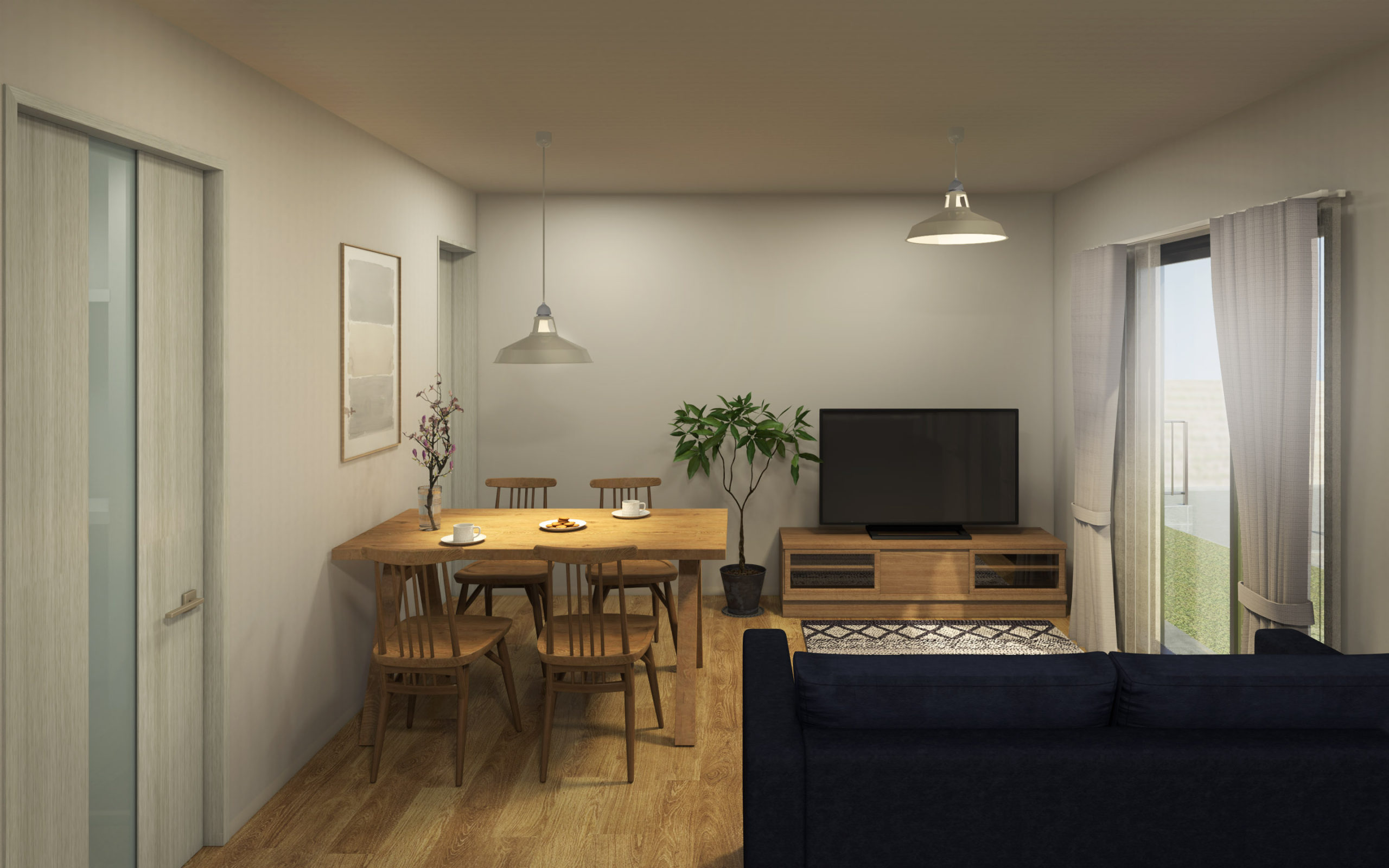 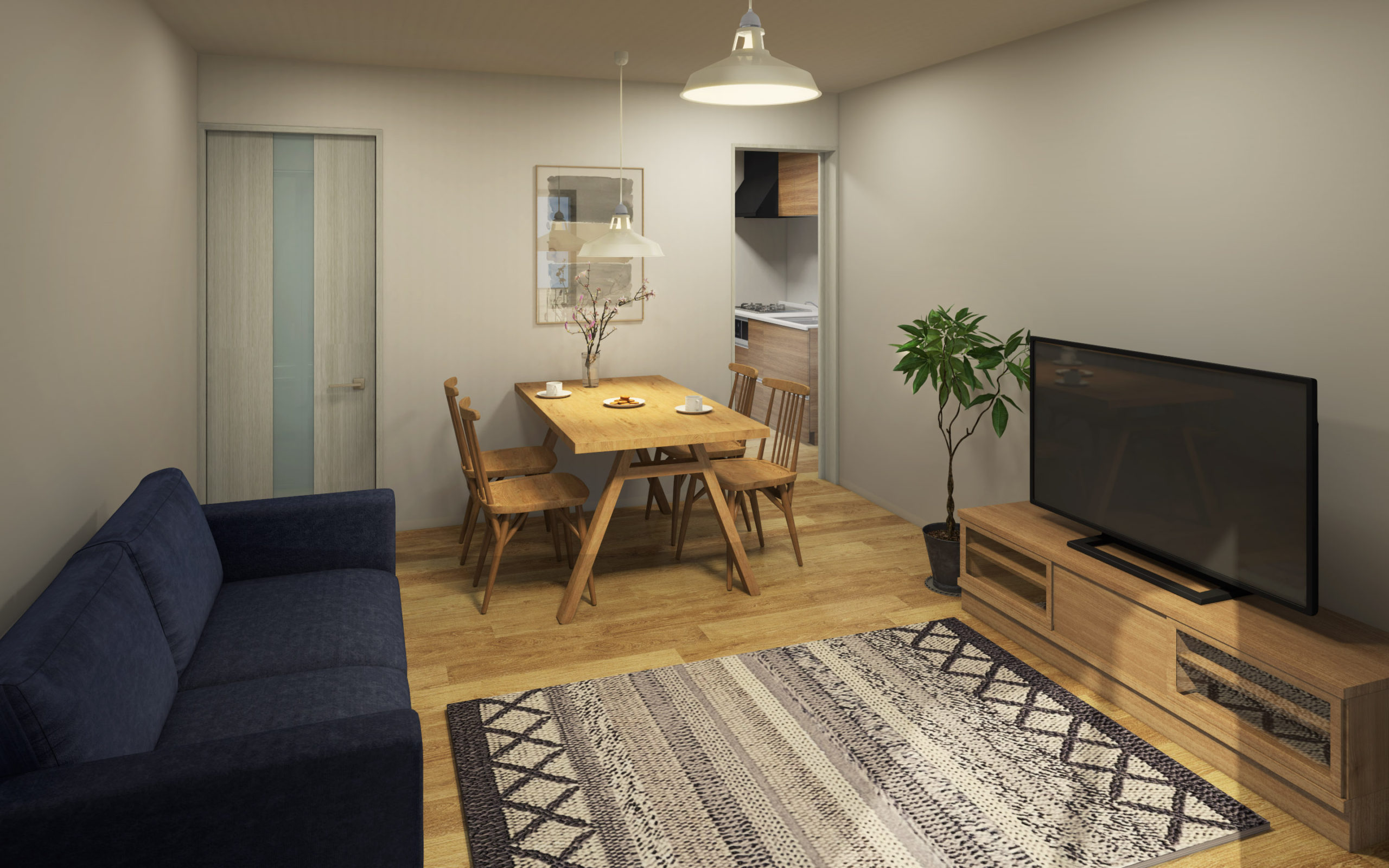 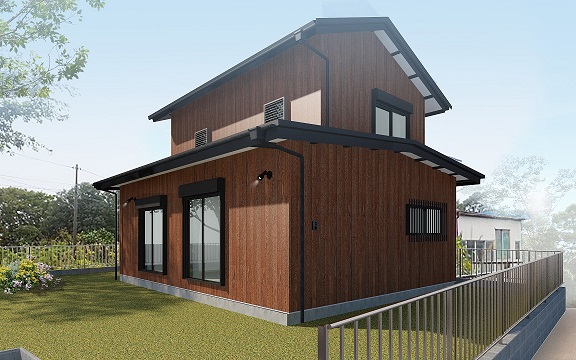 The following conditions were taken into consideration when planning the renovation process.
The roofing work will be carried out from the second half of September onwards to reduce the risk of heat stroke.
The ground floor is larger than the first floor, so the scaffolding will be erected in two stages. Firstly, the scaffolding is erected up to the roof of the ground floor, and then the roof of the ground floor is renovated. The scaffolding is then erected to the height of the roof on the first floor.
The spraying of thermal insulation should be carried out when the new external walls have been prepared and the new windows installed.
The installation of the interior seismic walls is carried out in two stages: before and after the spraying of the insulation.
The stairs are to be installed before the insulation is sprayed, as we plan to spray the insulation on the backside of the stairs.
It has been decided that the carpenter will start his work on the 1st of September, but before that we would like to know if there are any defects in the existing pillars and foundations. For this reason, the interior demolition work will start on 17 August.

The renovation work was to be carried out in accordance with this plan. In total, the work took about 6.5 months, from 17 August to 1 March.

In this way we have been able to create a cosy home once again through renovation, reusing the existing structure and some of the interior, extending the life of the building, making it safer for the residents and reducing the environmental impact. 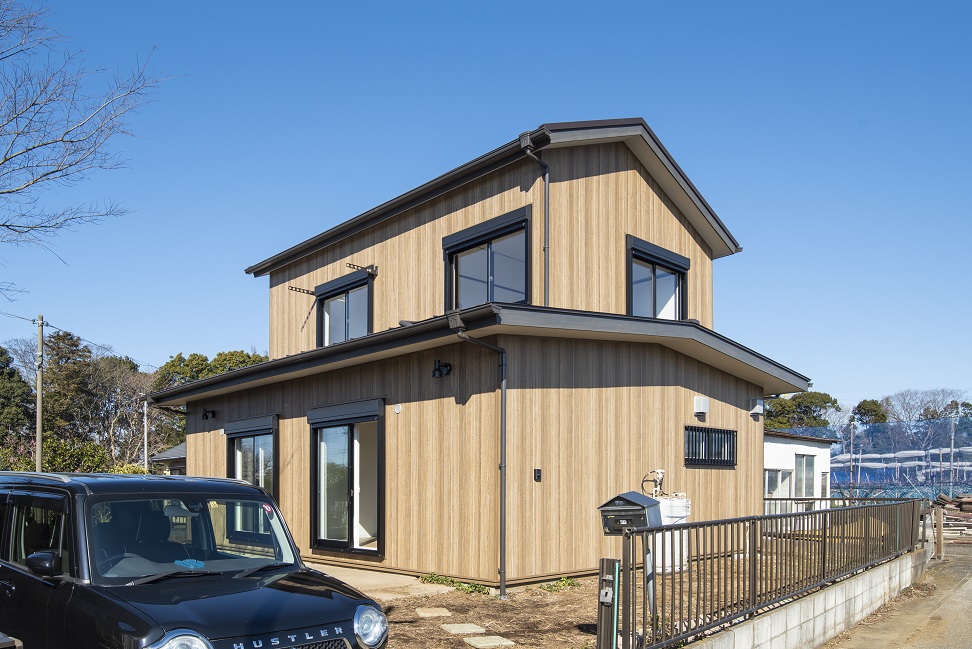 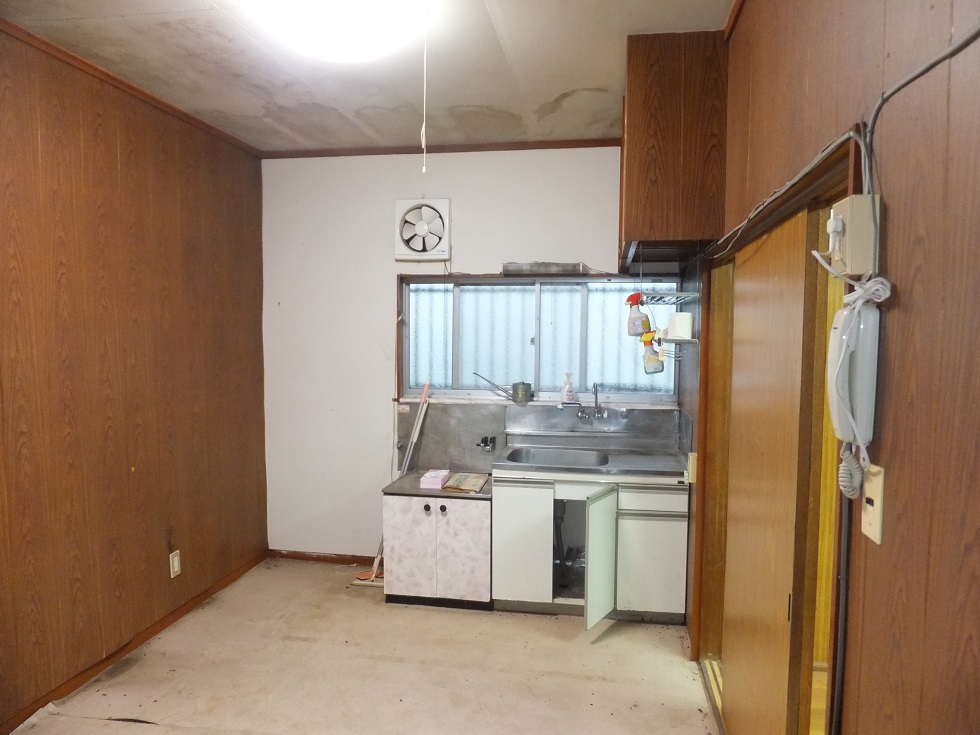 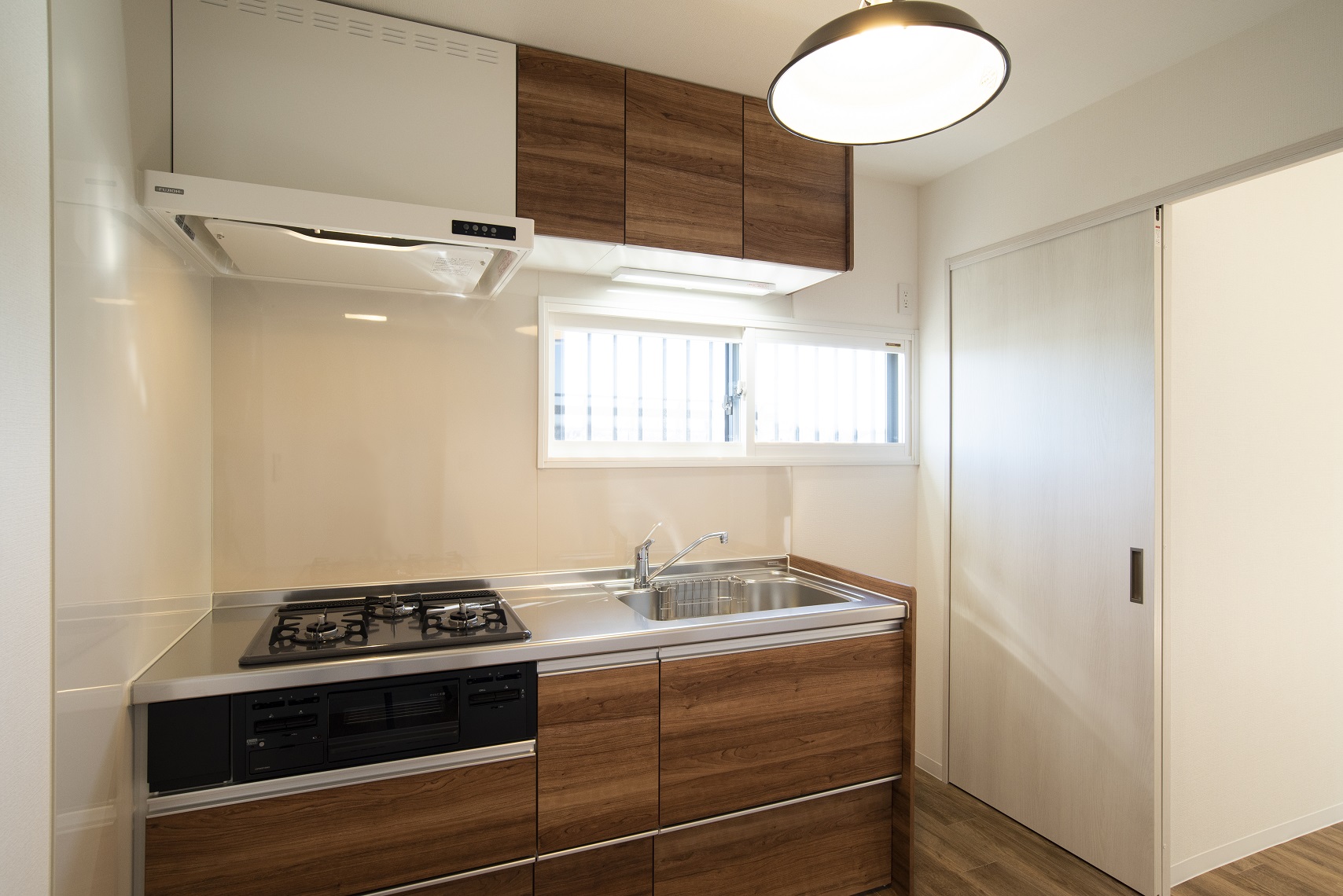 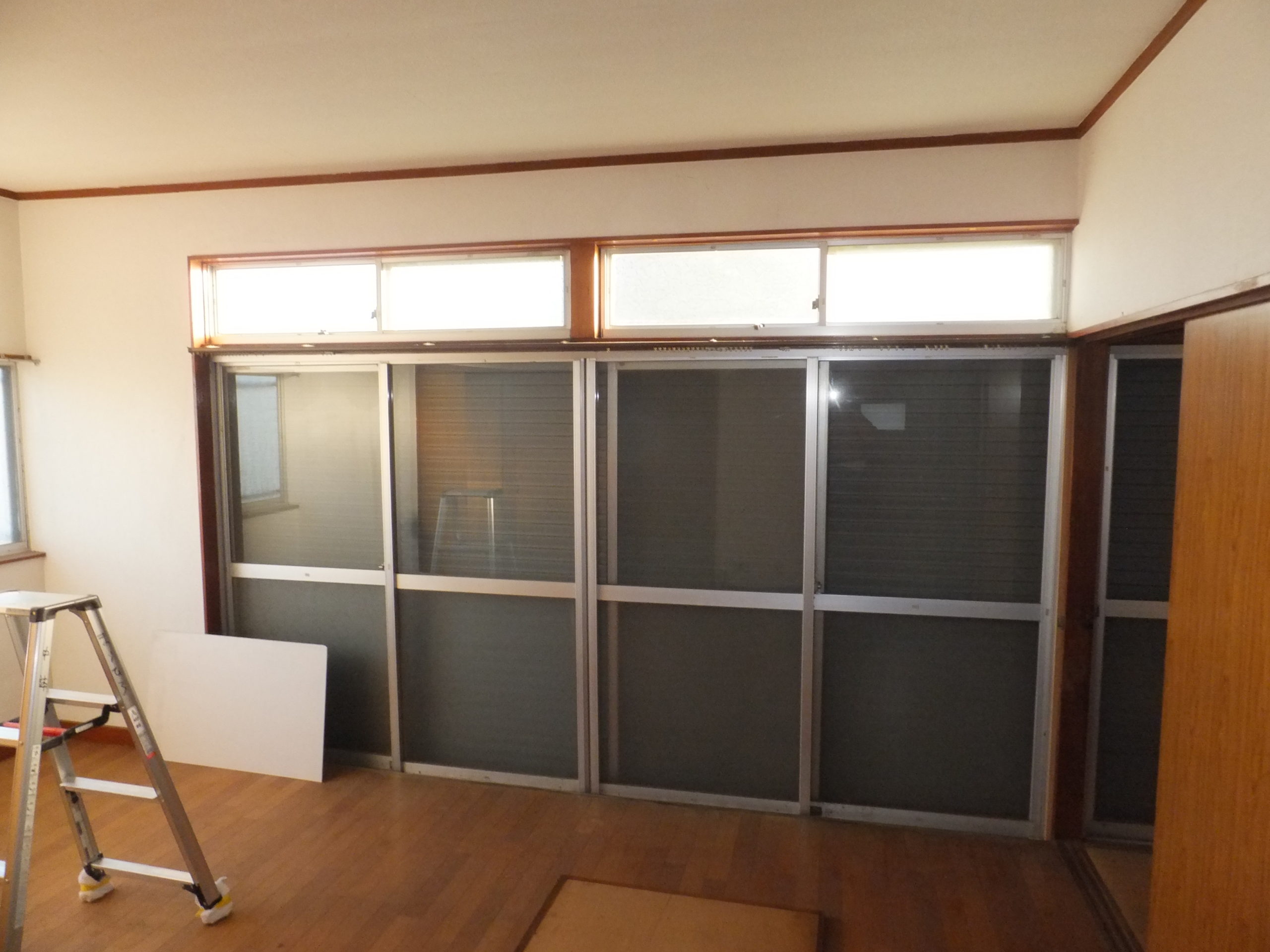 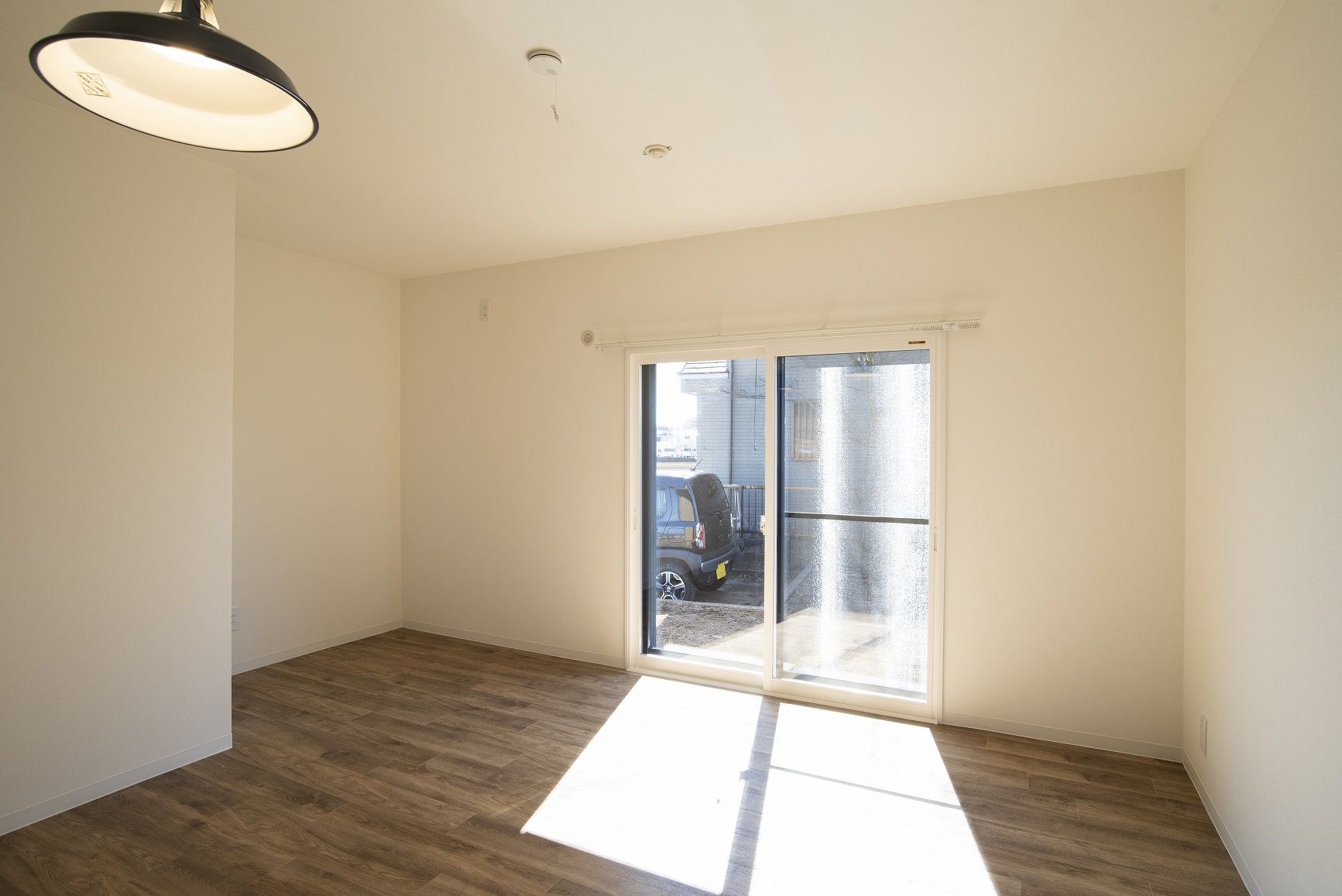 If you are interested, you can find detailed design and construction details at the following links.

Planning and effects of thermal insulation